Making a worm farm from a bathtub

Yes, I love bathtubs. Here’s how to make a worm farm that actually works* from one. Total cost for us-$10.60 ($10 for bathtub, $0.60 for bucket. Bricks free, tin free, timber free (from pallets)-even the nails are reclaimed. Allow more if you’re not a freegan. 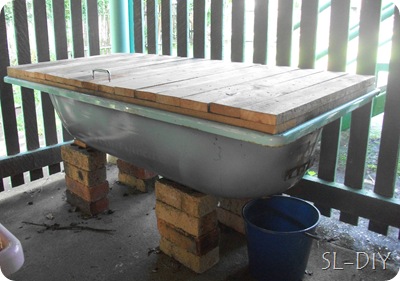 Find yourself a bathtub, from the tip shop etc. Any pipe fitting is fine-we’ve even made one from a tub that had the entire plug area cut out. You need to find a place to position in where it’s sheltered from the weather-no rain, and very little to no direct sunlight. If you’re in a colder area you may want to position it so it gets some winter sunlight, as this will keep the worms more active. If it snows where you are…….well, thankfully I have no experience with that, but you might want to look it up!

Upend the tub and block the escape route-double-layered flyscreen and a couple of rubber bands does the trick nicely if you have a pipe or plug hole. If not, use liquid nails or similar to glue the screen on. 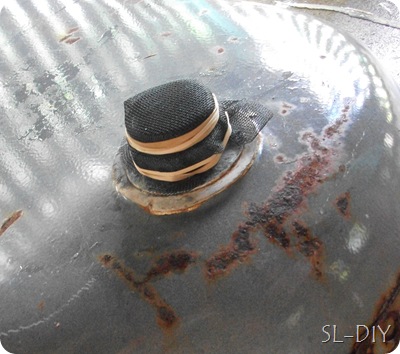 Prepare your stand. Concrete blocks or bricks work well-you want enough height to sit a bucket under the plughole to collect your liquid gold. The plank is to tilt it slightly to aid drainage-obviously, the non-plug end will sit here. Excuse the wet and dirty ground-the landlord doesn’t seem to think that water running from broken gutters and making a stream under his house is a problem worth fixing. 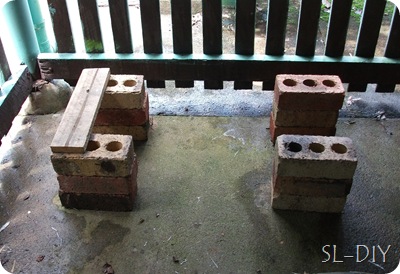 Sit your bathtub on top, making sure it’s steady. It should be nice and clean and shiny, worms are rather sensitive (so only use water and elbow grease to clean it out). 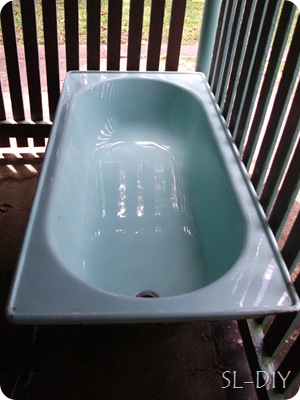 Add a 10cm layer of mulch to assist with drainage-this is good for the initial settling-in period, especially if you’re an over-enthusiastic beginner. It’s also good if you’re the type to forget about them-they will eat it eventually. 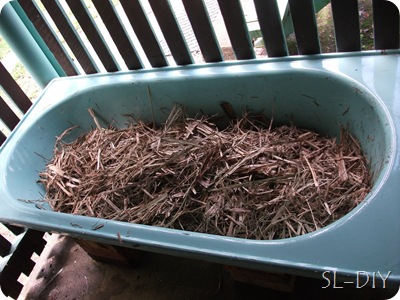 Throw in your workers! If you’ve bought a kilo of worms put them in a clump at one end. DON’T buy worms from Bunnings, they’re a major rip-off. Try to find someone local, and if you can’t look at Kookaburra Worm Farms, they do mail order. If your garden soil is clean and organic add some of that. Don’t buy bagged organic garden soil because that’s stupid. Yes, I have strong prejudices. Coir blocks also bulk them out nicely-right now you want them to have a bit of extra space to cushion them from temperature and moisture changes, so they don’t all die in shock.

Ours is from splitting an existing tub full, hence so much. 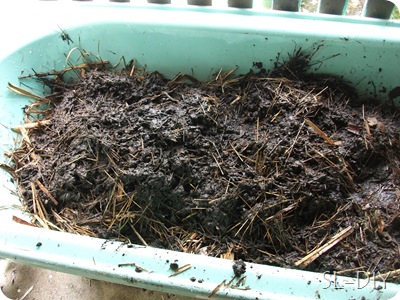 Put on a lid, place a bucket under the plug opening and you’re done! I know others recommend simply using paper or shadecloth as a covering, but you’ll be putting food in there so without a proper cover you’ll get lots of pests-rodents, cockroaches etc. Corrugated iron cut to the correct size works OK if you’re not handy, especially with a brick on top (anyone can use a pair of tinsnips, right?) But a timber lid, like the one in the first photo of this post, is ideal. Ours is made from old pallets. It will then also double as a seat-I have visions of an outdoor area where I can eat, then dump my scraps under my chair. Brilliant. 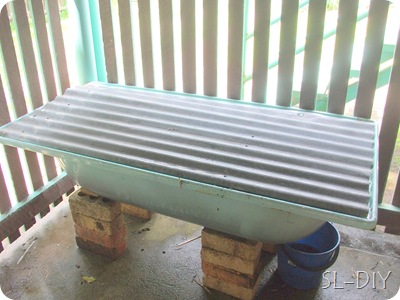 When I get around to it, i’ll post about how to look after your worms and harvest the castings.

*Unlike other commercial ones I have tried, which are too small/too fiddly/too unnecessarily complicated. And WAY too expensive.