I think it’s sixth time lucky-after stuffing them up five times, i’ve finally worked out how to keep my hair in dreads and keep them looking good. For two whole years! 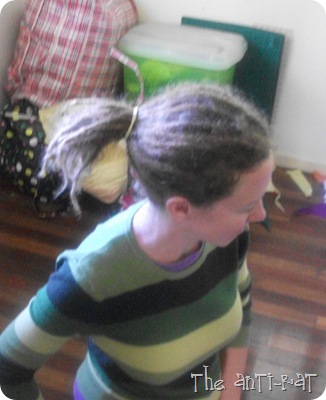 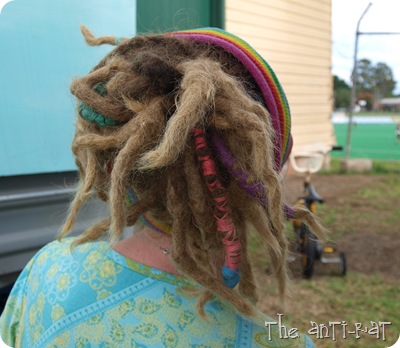 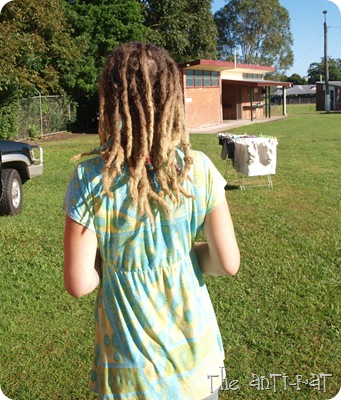 That I haven’t screwed them up must be a good sign. I mean, look at my history…………

Dreads #1-Done by an African lady. Looked great, but I couldn’t lock the roots up when they grew out a few inches. A circus performer I met told me to wash my hair with soap and scrub it right into my head, so I did, and it worked great at knotting my hair up-it all matted together at the base into a helmet with dreads poking out. Complete write-off.

Dreads #2-The previously mentioned circus performer did these. Again, no luck with the base growing out. About a year later, I brushed them out because they were all hair at the bottom and looked fluffy and crap.

Dreads #3-The husband had a shot, and did a pretty good job. But we were in Tasmania in the dead of winter (ie March-October), and being someone who hates spending excessive (read:any) time on my appearance it only took two months or so for me to get sick of timing washing my hair to the weather, and having it sit icily on my head for hours. Got the brush onto them again.

Dreads #4-The husband again did them, but insisted I needed to have them thicker. He did them far too thick and tight and lost a lot of length as a result, and I felt as though I had turds hanging from my head. I think they lasted two weeks.

Dreads #5-The husband made atonement, and did a better job. These worked really well, and i’d figured out how to care for them. This time it was a mental thing. We were at our property, and with it being so hard to wash everything, from clothes to bodies, I started to think that I was looking icky. Looking back at photos I was just paranoid-we all looked fine. But mental trickery worked on me, and after about eight months I went back to boring normal hair.

Now I can look after them with no issues i’m fairly confident i’ll one day reach my goal of having my hair waist length, for the first time in my life. At the glacial rate my hair grows i’ll probably have grandchildren by then, but oh well. It’ll give them something to play with.

Posted by Kelly at 11:10 AM No comments: Links to this post

Not that I was counting or anything. Oh, but how glad I am it is all over-and so quickly! We expected to be there for much longer, living in limbo, waiting for the freedom that selling our house would give us. And it was all over and done with before winter began.

We decided to make the most of it, and while renovating our house started visiting the local attractions-North-East Park 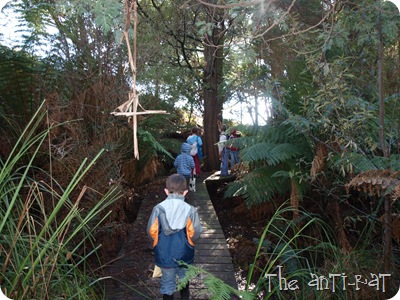 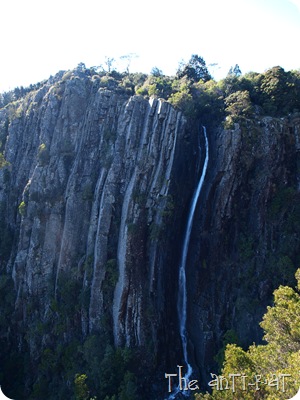 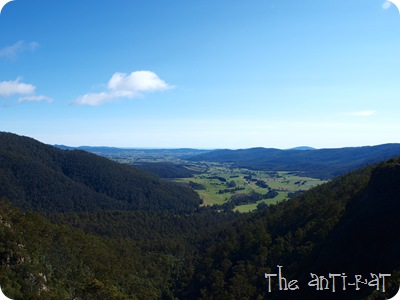 The majestic White Knights, at Mathinna. Somewhat ruined by the astonishing amount of leeches there, and us not having salt in our kit. 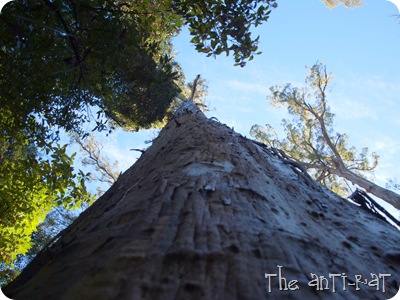 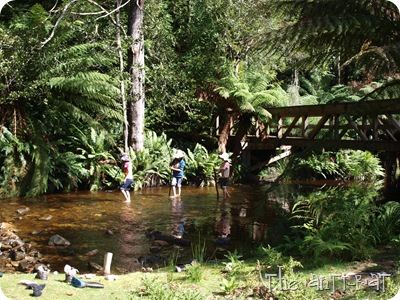 I forgot the camera for Columba Falls. Oh, and Lilydale Falls. The site of the infamous snake episode, years ago. None spotted this time thankfully!

And basically tried to settle in as much as possible-and when you’re us, and you have half an acre of beautiful soil at your disposal, that means producing food. Hello meat, for the first time in four years! We bought five sheep, and ate three. As my sister-in-law told us, we lost our vege-tinity. 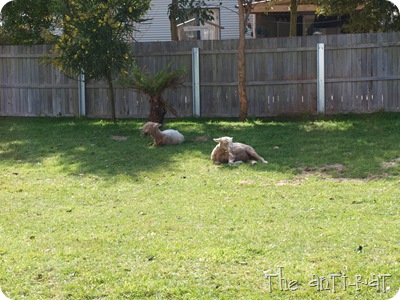 Doesn’t he look tasty? But Sam the Lamb escaped the slaughterman (for now), and was sold with the house. 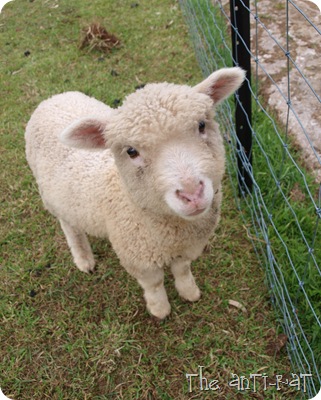 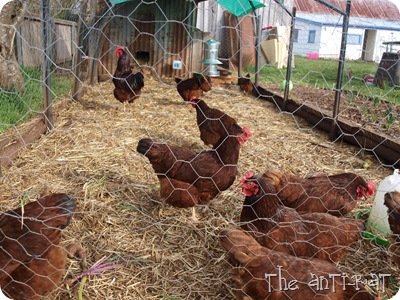 And hatched seven babies!  A chicken book the husband was reading recently stated that RIR’s do not go broody. Obviously a book Mrs Broody hadn’t read. 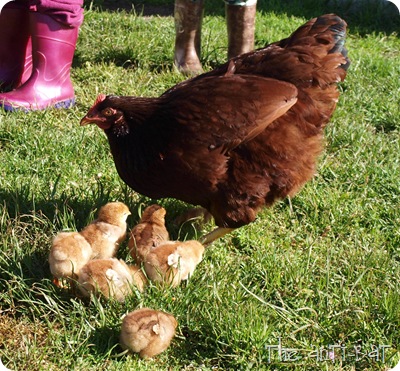 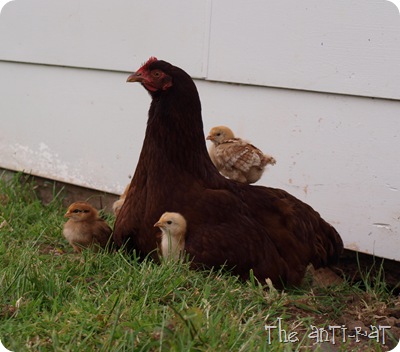 Um, we ate three of those babies too. Our friend was willing to teach us how, so we had a tatt-covered bloke turn up with lots of very sharp knives. We had lots of giggles about being friends with him-i’m sure most people assumed that with the overload of tattoos and dreadlocks between the three of us, we were up to something more illegal and interesting than sitting around drinking herbal tea and talking animal husbandry. 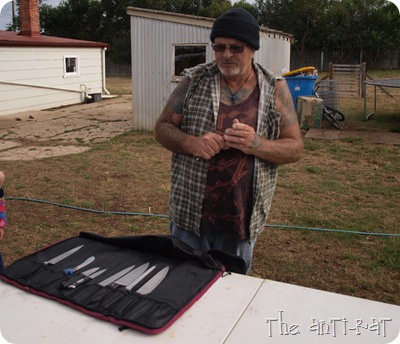 I’ll keep the photos of the next part of the process to myself though, as i’m sure the vegans wouldn’t appreciate them. Come to think of it, most meat eaters wouldn’t either. IF slaughterhouses had glass walls etc…….

We gardened. This is what a couple of months, a pick and a shovel can do to a patch of grass. 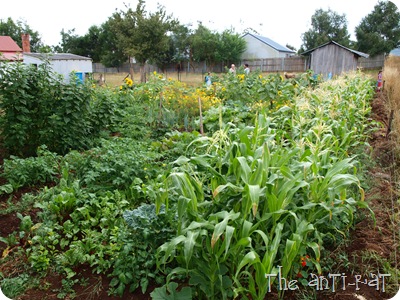 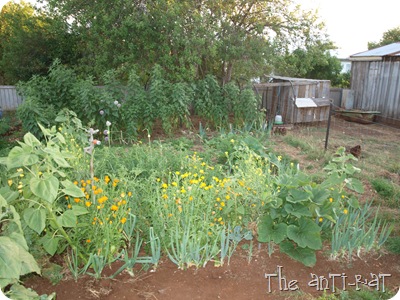 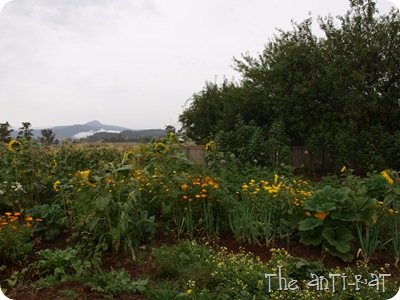 Considering the hail storm we had in late October (see below), we ended the summer pretty well. While people rave about gardening in Tasmania, i’m not a fan. Give me more pests and a longer growing season any day. We literally got about six weeks of okay summer growing weather, and by the start of March when we left we’d had two ripe tomatoes. Considering we’ve lived in places where we’ve had tomatoes all year around…………..they can keep their brassicas! 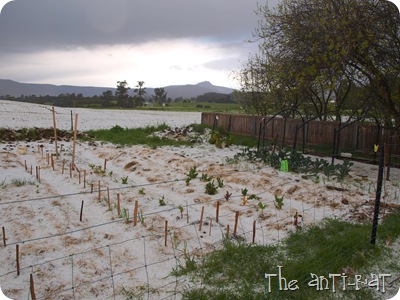 I finally started my herbal medicine study, but that’s on pause, maybe never to be resumed, as I was horribly disappointed with the quality of the course. I’m still waiting for a resolution of my complaints about references and accuracy-it’s time to go to the next stage of making sure they can’t ignore me, I think. But we grew many herbs, I made infused oils from comfrey and calendula that work amazingly, plus many other practical experiments. I feel like a mad scientist, which is probably why I like it so much.

And that was about it. After living in a few places in a row knowing they were going to be temporary, I just couldn’t muster up the energy required to get out and do permanent-type things there. So I spent most of my time at home, got a hell of a lot of sewing and tie-dyeing done, got obsessed with the classical method of home education and began weaving that into our life, and basically kept myself manically busy while I crossed my fingers that this last hurdle of ours towards a permanent, stable life would be over quickly. And it was! When the house settled we had grand plans of travelling all around Tasmania. In the end we spent four days at Lagoons Beach (spectacular, free, highly recommended) 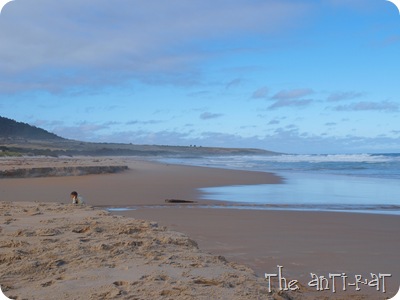 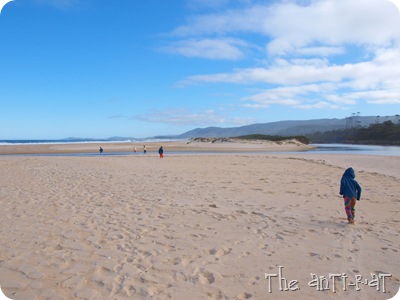 Then we decided we’d had enough, booked tickets, spent six days enjoying the north-west, and got on the Spirit of Tasmania. A night in the ocean recliners was enough to convince us that we never want to live on an island again (the mainland doesn’t count), we all cheered when our tyres hit the ground in the morning, and we were ready to head north again.

So, we were happy there. But now it’s done, and i’m nothing except glad. Phew.

Posted by Kelly at 11:08 AM No comments: Links to this post